“The secret of health for both mind and body is not to mourn for the past, not to worry about the future, or not to anticipate troubles, but to live the present moment wisely and earnestly.” Buddha 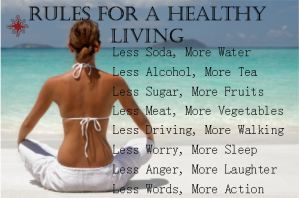 Rules for Living and Spirituality

What other similarities can we attribute to the longer life expectancy of French and Japanese women?

In Japan, there is Shinto and Buddhism, which are a part of the nation’s fabric. Most of the religious ritual in Japanese culture is national ceremony. It is ingrained and not seen as separate religion. Spirituality is living normally. A way of life.

The case of spirituality for the French or shall I say the lack of it, is difficult to describe in the breadth of this post.
However, French longevity may also be due in part to their way of life. “Joie de vivre” is an integral part of the French social structure. This theme, to enjoy life and savor it exuberantly, can be seen as French spirituality. For example, a French pastime is sitting hours on end at a café, sipping and people watching. In the U.S., typically we do coffee via drive thru but if we do sit down it is still rushed as we are thinking or worrying about what is next on the agenda! 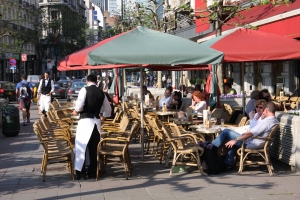 Another tidbit that may play a role, French and Japanese dine with their families. They commune with each other regularly which is community, rather than sitting at the same table but watching television or on the cellphone.

Japanese and French women work, have children, husbands, etc., typical responsibilities like the rest of us.
It is the “style” in which they do it that provides a center.
Not God specifically but ritual that allows for mindfulness which leads to a balanced life.